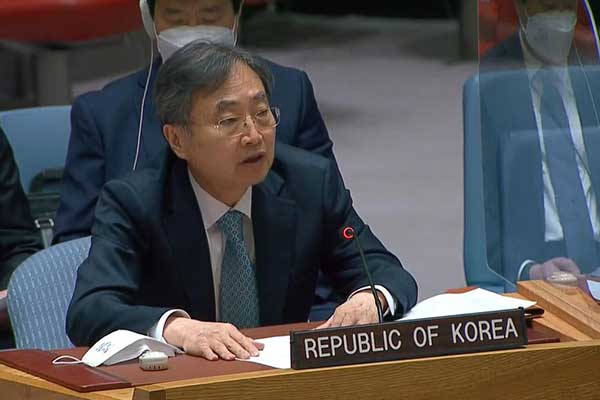 The government has voiced the term “complete, verifiable and irreversible denuclearization,” or CVID, during an open meeting of the United Nations Security Council(UNSC) on North Korea’s ballistic missile launches.

According to the foreign ministry on Thursday, South Korea’s ambassador to the UN, Cho Hyun, attended the council meeting on Wednesday and called on Pyongyang to refrain from engaging in further provocations and to respond to Seoul’s efforts to realize sustainable peace on the Korean Peninsula through CVID.

Pyongyang has strongly protested the use of the term, first surfaced during the George W. Bush administration in 2002. In consideration of the view, the Moon Jae-in government had used the term “complete denuclearization” instead of CVID since the two Koreas signed the Panmunjom Declaration on April 27, 2018.

Yoon, for his part, had clearly stated CVID among his top policy tasks unveiled earlier this month, stressing the need for a verifiable denuclearization.
Share
Print
List