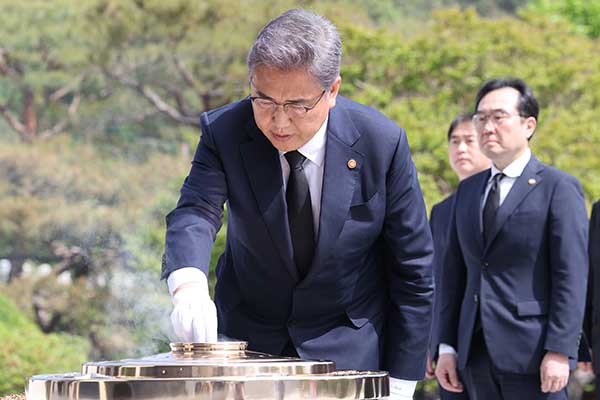 After paying his respects at the Seoul National Cemetery as his first public duty on Friday, Park said the North has exacerbated tensions on the Korean Peninsula through its series of missile provocations and threats.

This comes after Pyongyang fired three ballistic missiles into the East Sea on Thursday, its first armed protest since the start of the Yoon Suk Yeol administration.

Still, the minister said the government should consider offering humanitarian support to the North Korean people after the regime reported a case of COVID-19 for the first time since the outbreak of the pandemic in early 2020.