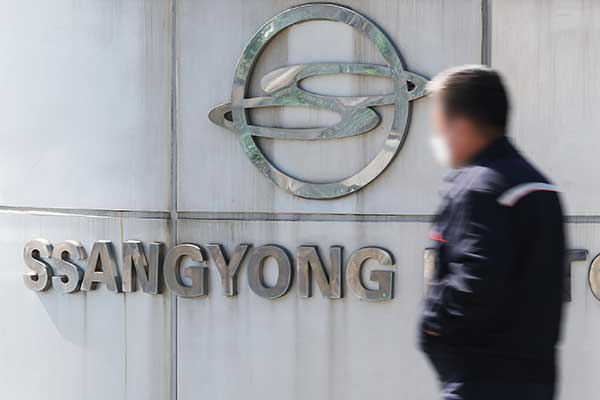 The Seoul Bankruptcy Court has chosen a consortium led by the conglomerate KG Group as the designated buyer of the debt-ridden carmaker SsangYong Motor.

Announcing the decision on Friday, the court approved the consortium between KG and private equity firm Pavilion PE as the candidate to take over the embattled automaker after its previous merger deal with Edison Motors fell apart.

SsangYong called off its investment contract with Edison on March 28 after the electric vehicle maker failed to remit the remaining balance in the takeover deal.

The carmaker then sought to find another buyer, and it was a three-way race between the KG consortium, SBW Group and EL B&T. After deliberations, KG was selected for submitting the most favorable bid of 900 billion won.

In a stalking horse process, once the initial bidder makes an offer, other potential buyers may submit competing bids after a public sale notice is made, and the final bidder could change hands.
Share
Print
List