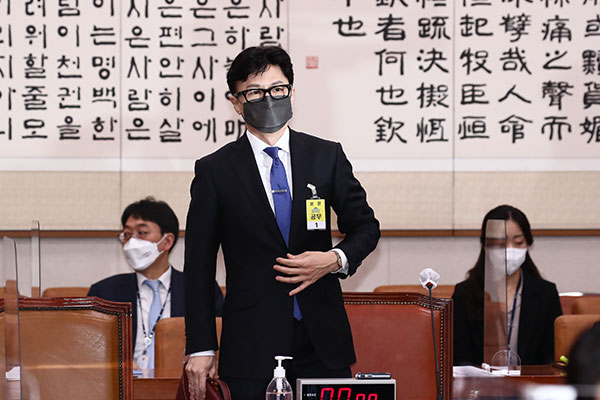 A presidential office official said Yoon made the request on Friday, asking lawmakers to send a report on his confirmation hearing by Monday.

Han's hearing, which started at 10 a.m. on Monday of this week, lasted for more than 17 hours but rival parties failed to narrow differences over the report.

With the main opposition Democratic Party’s entrenched belief that Han should step down, and ultimately refusing to finalize a report, President Yoon's latest request is seen as the first step toward formally appointing him as minister regardless of parliament’s actions.

By law, when the National Assembly passes the deadline on the adoption of a hearing report, the president can request the report be sent within a certain number of days. If that deadline also passes, the president can unilaterally appoint the nominee.
Share
Print
List