US Supports Vaccine Provision to N. Korea through COVAX 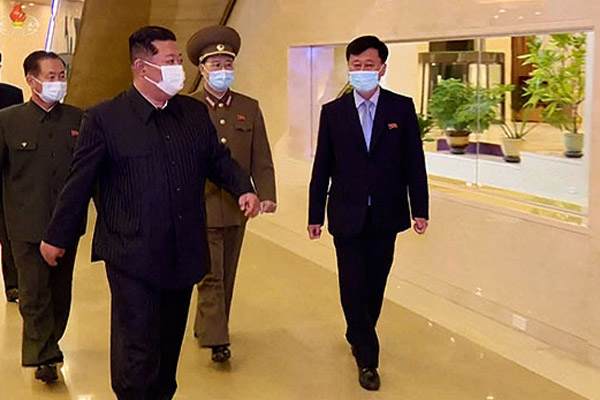 The U.S. says that if the global vaccine program COVAX decides to provide U.S.-made Pfizer vaccines to North Korea, it will support that effort.

In a spokesperson's statement, the U.S. State Department has said that it is aware of media reports regarding the outbreak of COVID-19 in North Korea and is concerned about how this might affect the North Korean people, adding that it continues to support vaccine provision to the North.

The department said the U.S. strongly supports and encourages efforts by the U.S. and international aid and health organizations in seeking to prevent and contain the spread of COVID-19 in North Korea and to provide other forms of humanitarian assistance to vulnerable groups in the country.

The statement said that if COVAX determines allocations for the Pfizer vaccine, which is the vast majority of U.S. donations, to North Korea, the U.S. would be supportive, as it would be to any member of the AMC 92, which refers to 92 low- and middle-income countries granted vaccine access through the COVAX Advance Market Commitment.

Noting North Korea's refusal to accept all vaccine donations from COVAX, the department reiterated the stance that while the U.S. does not currently have plans to share vaccines with the North, it continues to support international efforts aimed at providing critical humanitarian aid to the most vulnerable North Koreans.

Regarding South Korea's offer to give Pyongyang vaccines, the department said it supports inter-Korean cooperation including on COVID-19 prevention. It also urged the regime to work with the international community to quickly vaccinate its population.
Share
Print
List