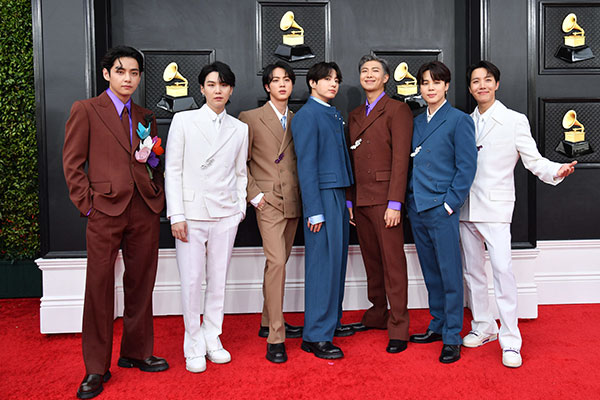 K-pop sensation BTS has won three prizes at this year's Billboard Music Awards, winning honors at the event for the sixth straight year.

The finalists of this year's awards were determined by their performances on the Billboard Charts between April 10, 2021 and March 26, 2022.

The boy band had won the Top Social Artist award for the fifth consecutive year since 2017.

Billboard Music Awards is one of three major pop music awards in the United States, along with the American Music Awards and Grammy Awards.
Share
Print
List