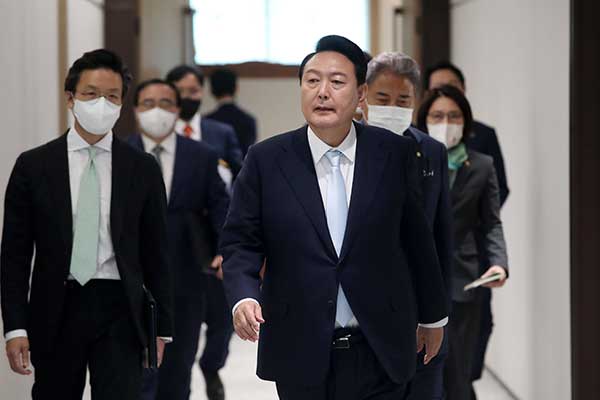 President Yoon Suk Yeol will attend a ceremony in Korea's southern city of Gwangju on Wednesday to remember the May 18 pro-democracy movement, also referred to as the “Gwangju Uprising.”

According to a senior presidential official on Tuesday, Yoon is expected to be accompanied by some 100 ruling People Power Party members, Cabinet ministers and top presidential aides in a rare move by a conservative party that is intended to emphasize national unity.

The president suggested his aides, ministers and National Assembly lawmakers attend the ceremony, the official said, explaining that such a big group from the presidential office, government and parliament will confirm the president’s sincerity and belief in unity as he travels to a traditional stronghold of the liberal Democratic Party.

According to presidential sources, President Yoon may make an entrance through the “door of democracy” with bereaved families of democratic fighters, or he may have tea with them.