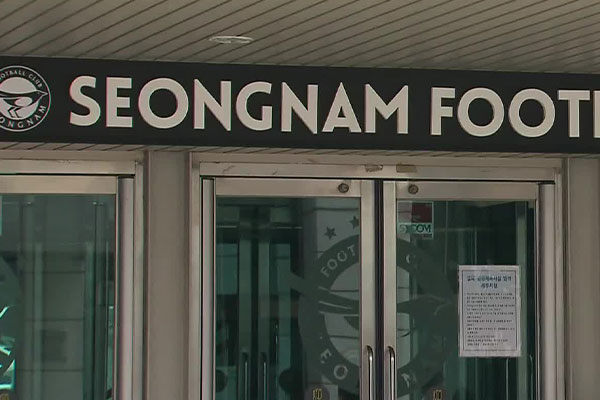 The police are conducting a search at a football club and construction firm as part of an investigation into allegations involving former Democratic Party presidential candidate Lee Jae-myung.

The Bundang Police Station in Gyeonggi Province said they began raiding the office of Seongnam FC and the headquarters of Doosan Engineering and Construction at 10 a.m. on Tuesday. Seongnam City Hall was raided early this month in connection with the investigation.

Allegations assert that Lee, currently running as the DP candidate in the parliamentary by-election, took donations of 16 billion won from companies including Doosan and Naver through the football club between 2014 and 2016 while he was the city's mayor.

In return, the firms allegedly received business favors such as building permits and changes to land use terms.

Last September, the police cleared Lee of the charges and chose not to refer the case to the prosecution, but the People Power Party filed an objection.

Prosecutors in Seongnam since took over and reviewed the case and requested in February that police conduct a supplementary probe.
Share
Print
List