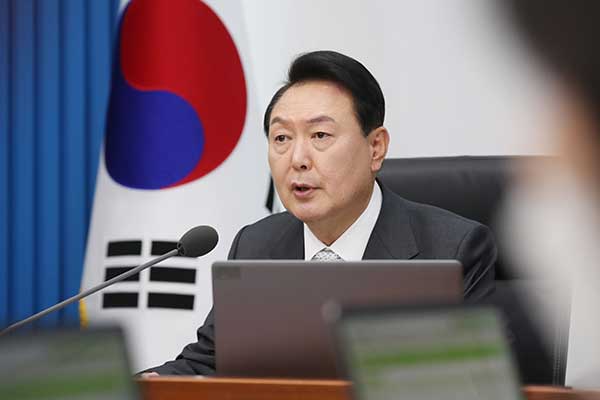 President Yoon Suk Yeol has formally appointed Han Dong-hoon as his justice minister and Kim Hyun-sook as minister of gender equality and family.

His spokesperson's office said Yoon went ahead with the two appointments on Tuesday without parliamentary confirmation.

President Yoon had asked the National Assembly to send a confirmation hearing report on Han Dong-hoon by Monday, but rival party lawmakers failed to do so over differing views.

A hearing for the gender minister nominee also concluded last Wednesday but without confirmation.

By law, when the National Assembly passes the deadline on the adoption of a hearing report, the president can request the report be sent within a certain number of days. If that deadline also passes, the president can unilaterally appoint the nominee.

With the formal appointments, now 16 of 18 Yoon's Cabinet posts are filled, with the exception of health minister nominee Chung Ho-young and education minister nominee Kim In-chul, who earlier stepped down.
Share
Print
List