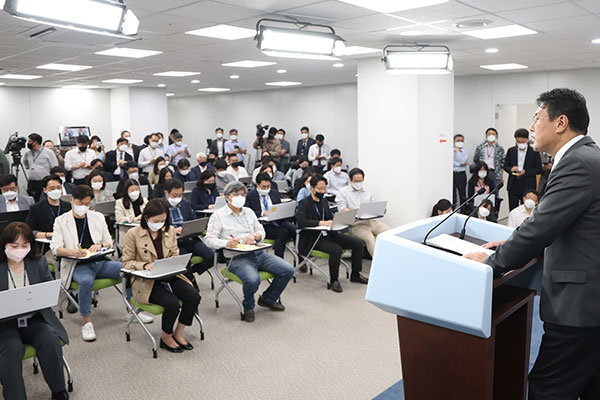 The presidential office refuted suggestions that Seoul’s membership in the U.S.-led Indo-Pacific Economic Framework(IPEF) would harm its national interests due to the bloc's exclusion of China.

Emphasizing that the IPEF does not aim to decouple supply chains, Kim said Seoul and Beijing are discussing followup agreements to their bilateral free trade agreement pertaining to supply networks, investments, and the service sector.

As for China possibly pursuing economic retaliation against South Korea for its IPEF membership, a possibility reminiscent of the aftermath following the U.S.' deployment of its THAAD anti-missile system in South Korea, Kim said circumstances surrounding the two cases are very different.

The presidential aide added that the government will proactively communicate with both the U.S. and China to avert backlash from Beijing.
Share
Print
List