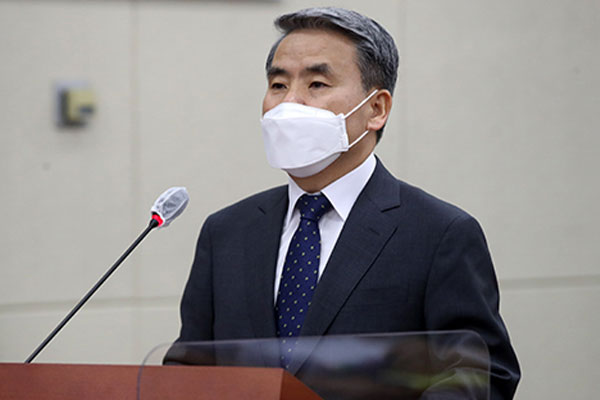 A military official told reporters on Thursday that the government has decided to revive the term in the defense white paper, and it will be used by the defense ministry when making official announcements.

The term “three-pillar system” had been used by prior conservative governments, but was effectively abolished during the preceding Moon Jae-in administration in consideration of inter-Korean relations.

The move is widely seen as part of the Yoon administration's efforts to dramatically reinforce defense capabilities against the North, which is listed as one of its 110 major national tasks.
Share
Print
List