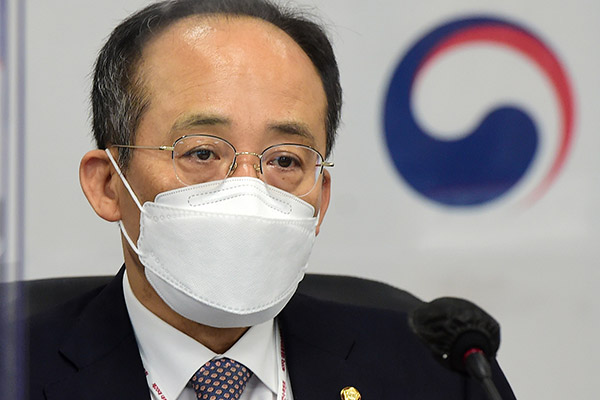 Finance minister Choo Kyung-ho has stressed the need for South Korea to join the Comprehensive and Progressive Agreement for Trans-Pacific Partnership, commonly referred to as the CPTPP.

Attending a parliamentary budget committee on Thursday, the finance chief verified assertions that membership will have considerable positive effects on the Korean economy overall as it enters a new trade order.

Choo added, however, that compensation for losses must also be administered, addressing concerns raised by the agriculture and fisheries sectors, which oppose a market opening.

Ruling People Power Party lawmaker Kim Sun-gyo pointed out that if China, which has already applied to join the trade partnership, is accepted, Korea will suffer losses in excess of two trillion won.

In response, the minister called for sufficient compensation in areas where losses are expected, emphasizing that the ministry is considering the issue carefully.

Choo said Seoul decided to join the CPTPP during the final days of the previous administration and submitting a formal application requires adherence to domestic procedures, including a report to the National Assembly.

He said the report will be made and consultations will be held to discuss supplementary measures regarding the bid to join the global trade partnership.
Share
Print
List