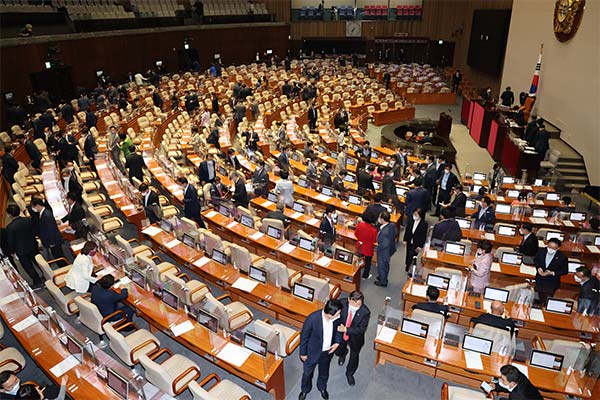 The National Assembly confirmed Han Duck-soo as Prime Minister through a vote in its plenary session, with the opposition Democratic Party(DP) deciding to approve the appointment last minute.

In a vote held on Friday evening with 250 lawmakers in attendance, 208 voted for Han with 36 against the nomination and 6 abstaining.

With a majority of the vote, Han will take office as the 48th Prime Minister of South Korea, and the first of the Yoon Suk Yeol administration.

The approval came 47 days after Han was first nominated as prime minister on April 3.

The DP, holding a majority in the National Assembly and thus crucial to Han's appointment, had declared Han unfit for the post after his confirmation hearing.

After a general meeting of its lawmakers which lasted over three hours, the party decided to approve Han's appointment.
Share
Print
List