'US Not Considering Adding S. Korea to Quad' 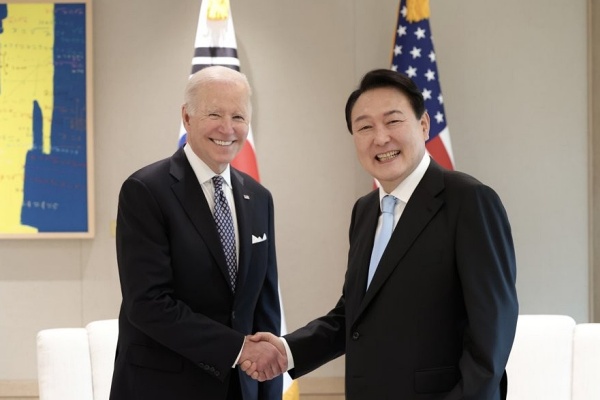 A senior U.S. official said on Sunday that the United States is at the moment, not considering adding South Korea to the Washington-led regional security forum known as the Quadrilateral Security Dialogue or Quad.

The official made the remarks in a press briefing to reporters accompanying U.S. President Joe Biden on his three-day trip in Seoul.

The official said that currently, the goal is to develop and strengthen the issues that have been presented by the Quad, rather than considering adding new members.

The remarks indicate the U.S. stance that it is more important to develop the existing agenda presented by the Quad rather than seek the expansion of the forum.

The Quad is an Indo-Pacific alliance among the United States, Australia, Japan and India. It is widely regarded as a mechanism aimed to keep China in check.