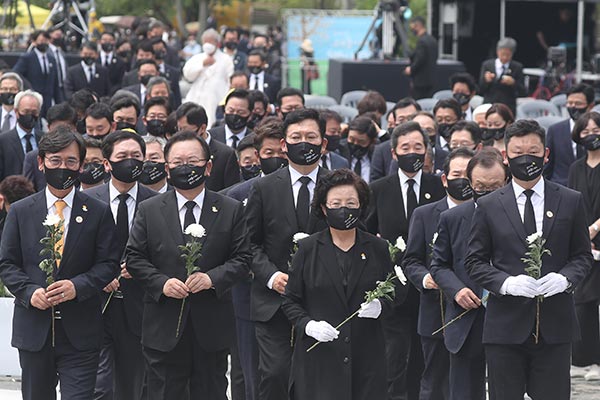 A memorial service was held on Monday afternoon to mark the 13th anniversary of the death of former President Roh Moo-hyun.

Former President Moon Jae-in, who was Roh's senior secretary for civil affairs and chief of staff, also attended the ceremony.

Less than two weeks into his presidency in 2017, Moon had pledged to return after successfully completing his duties as president.

According to the Roh Moo-hyun Foundation, over 12-thousand people were estimated to have visited Roh’s grave on Monday to pay homage to the ex-president.
Share
Print
List