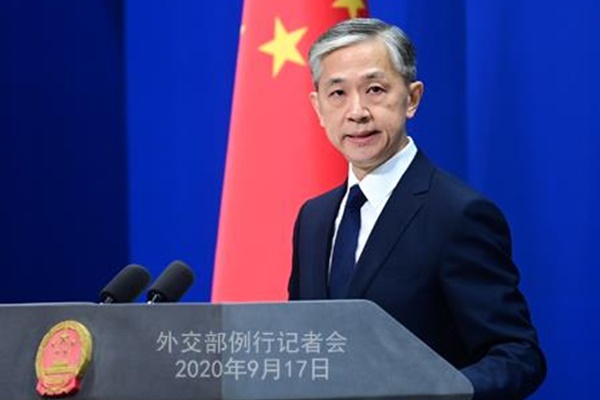 The Chinese government said on Monday that it has protested the mention of Taiwan in a joint statement issued after the summit of South Korea and the United States.

In the summit in Seoul on Saturday, President Yoon Suk Yeol and U.S. President Joe Biden reiterated the importance of preserving peace and stability in the Taiwan Strait.

Asked to comment on the matter, Chinese foreign ministry spokesperson Wang Wenbin said on Monday during a regular press briefing that China has sternly conveyed its position to related parties.

The remarks indicate China has lodged a protest to Seoul and Washington via diplomatic channels.

The spokesperson stressed that Taiwan is a Chinese territory and the Taiwanese matter is purely a Chinese internal affair, warning that China will never allow intervention of its internal affairs by any other country in any form.
Share
Print
List