Pres. Yoon: Previous Gov't Approach toward N. Korea Has Been a Failure 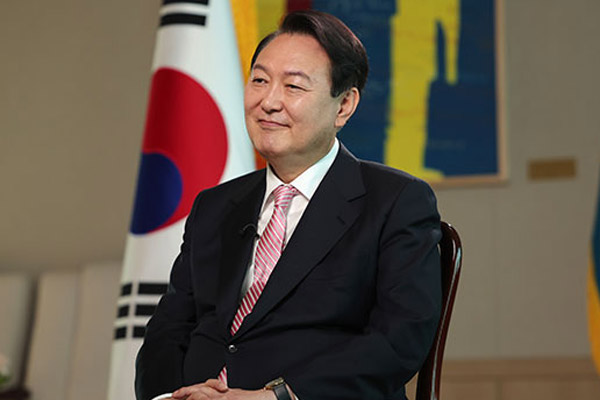 President Yoon Suk Yeol says the previous government’s conciliatory approach toward North Korea has been a failure with regard to rising tensions on the Korean Peninsula.

Yoon made the remark on Monday as he spoke exclusively to CNN in his first media interview since taking office two weeks ago.

He said the previous government’s method as a means of temporarily escaping the North’s provocations is not desirable, adding that such an approach over the past five years has proven to be a failure.

With the remarks, CNN assessed that “the age of appeasing North Korea is over.”

The report also noted that Yoon said he believes the ball is in North Korean leader Kim Jong-un’s court, adding that it is Kim’s choice to start dialogue.

Yoon was quick to add, however, that he does not want Pyongyang to "collapse,” stressing that what he hopes for is shared and common prosperity on the peninsula.

On the possibility of economic retaliation from China with South Korea joining the U.S.-led Indo-Pacific Economic Framework(IPEF), Yoon said he does not believe “it is reasonable for China to be overly sensitive about this matter."

He cited the fact that both Seoul and Beijing depend on their mutual cooperation, adding that Seoul boosting its alliances with Washington in security and technology does not mean that it regards its economic cooperation with China as unimportant.
Share
Print
List