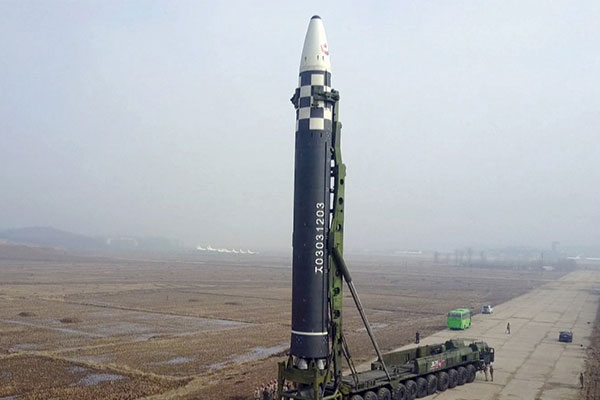 The Joint Chiefs of Staff(JCS) said on Tuesday that North Korea appears to have completed preparations for a missile launch and a nuclear test.

JCS spokesperson Kim Jun-rak said in a press briefing that Seoul and Washington are closely monitoring related movements and that the South Korean military maintains a firm readiness posture.

Some observers had speculated that the regime might stage a provocation during U.S. President Joe Biden's visit to South Korea and Japan.

Citing a U.S. official with intelligence access, CNN had reported on May 17 that North Korea was preparing to test a suspected intercontinental ballistic missile within 48 to 96 hours of the quote.

Contrary to those expectations, however, Pyongyang as of Tuesday morning has not launched a provocation and also remains silent on Biden's Asia trip as well as the joint statement released after the South Korea-U.S. summit.

With Biden set to leave Japan later on Tuesday, the North reaching the end of its mourning for the passing of a top military official, and Pyongyang’s claim that its fever situation is stabilizing, some pundits say the regime could soon resume its provocations.

In a Monday forum, Victor Cha, senior vice president and Korea chair of the U.S. Center for Strategic and International Studies, said the North could launch a provocation on the last weekend of May, falling around the U.S. Memorial Day holiday.
Share
Print
List