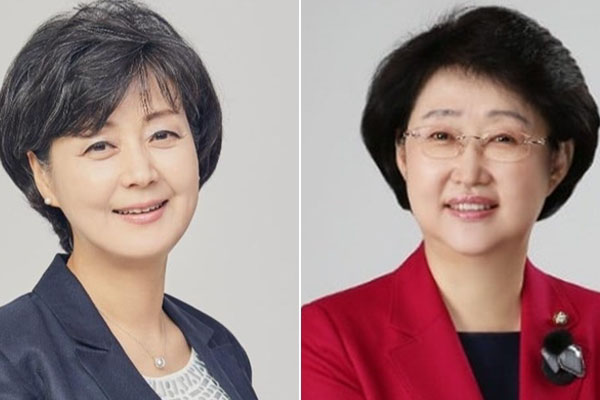 Yoon's latest picks are women, amid criticism that his Cabinet was male-dominated. They were named after the former nominees stepped down following allegations of ethical lapses.

The top office said Park, who is a professor at SNU’s Graduate School of Public Administration, fully understands the Yoon government’s philosophy on state affairs, having served on the presidential transition team.

Regarding the health minister-nominee, the top office said Kim is an expert in the health and medical field, noting that she previously served as food and drug safety minister.

The office said Kim had proposed various policies on health and COVID-19 while serving as a member of the National Assembly’s Health and Welfare Committee and as part of the parliamentary special committee on COVID-19 responses.

If Park and Kim are appointed following parliamentary confirmation hearings, Yoon's Cabinet will come to have a total of five female ministers, accounting for about 30 percent of the Cabinet.

Yoon nominated Oh Yu-kyoung, also a woman and dean of SNU's College of Pharmacy, as chief  of the Ministry for Food and Drug Safety, a vice ministerial position.
Share
Print
List