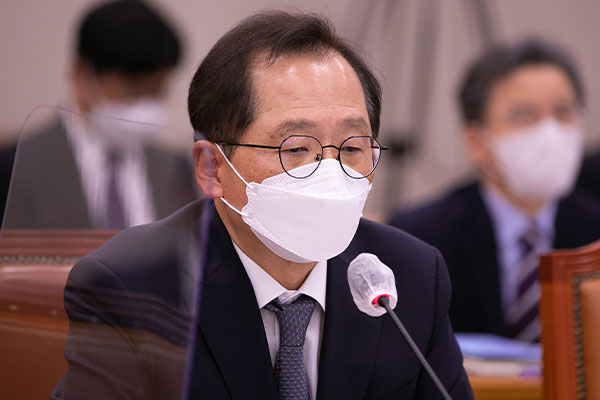 The Minister of Oceans and Fisheries, Cho Seung-hwan, has reiterated that there will be no lifting of an import ban on seafood from Japan's Fukushima region after South Korea joins one of the world's largest multilateral trade deals.

The minister offered the reassurance to concerned parties on Thursday in regards to the Comprehensive and Progressive Agreement for Trans-Pacific Partnership(CPTPP), a free trade deal established by eleven nations in the Asia-Pacific region, a group that accounts for over 15 percent of total global trade volume.

Cho told reporters on Thursday that he understands the South Korean government's efforts to join the CPTPP for the sake of national interest, adding he prioritizes citizens' safety and health regarding the issue of seafood from the Fukushima area.

He also promised sufficient compensation for people in the fishing industry who worry the new trade pact will take away their government subsidy and abolish import tariffs on seafood.
Share
Print
List