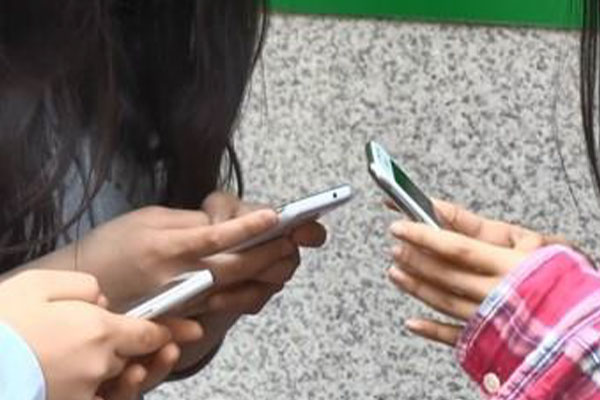 One in five adolescents in South Korea are overly dependent on smartphones or the internet.

According to the latest survey by the Ministry of Gender Equality and Family conducted on some one-point-two million students in the elementary, middle and high school nationwide, some 235-thousand were classified as “high-risk,” demonstrating a heavy dependence on digital resources. The figure is up by six-thousand-700 from last year.

The high-risk group includes all those who show withdrawal symptoms and those who are unable to control the duration of usage.

Over 96 percent of elementary fourth-years owned smartphones, and 16 percent of them were classified as high-risk. Over 20 percent of first-year students in middle school were overusing digital devices, registering the highest portion among all grades.

The ministry explained that the average age of students who overuse smartphones and the internet are getting lower, with a notable increase in the number of male students.
Share
Print
List