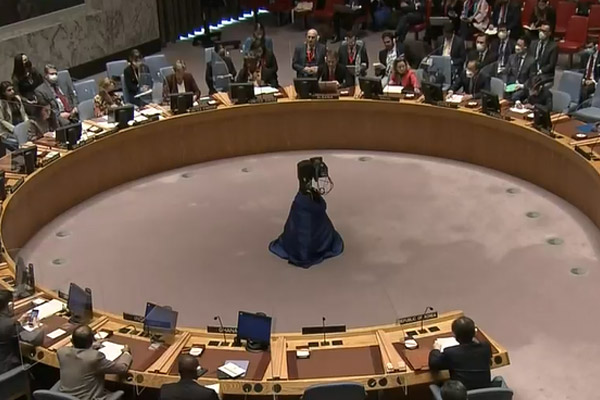 The United Nations Security Council(UNSC) has failed to adopt a resolution aimed at imposing additional sanctions on North Korea over its ballistic missile launches as China and Russia vetoed it together.

The Security Council put the resolution to a vote in a session on Thursday at the UN headquarters in New York.

The resolution received the support of 13 members of the 15-member Security Council, with just China and Russia – both permanent members – together vetoing fresh sanctions against the North.

A UNSC resolution must secure the support of nine or more members and cannot pass if it is vetoed by any of the five permanent members – Russia, China, the U.S., France and Britain.

The resolution would have reduced the amount of crude oil that North Korea can legally import each year from four million to three million barrels.