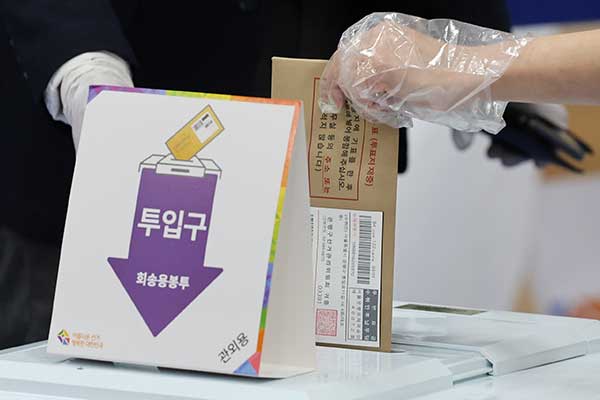 Early voting for the June 1 local elections and parliamentary by-elections has begun at more than 35-hundred polling stations across the nation.

According to the National Election Commission, eligible voters can cast their ballots at any of the three-thousand-551 polling stations from 6 a.m. to 6 p.m. Friday and Saturday after showing government-issued photo identification.

Most early voters will be given seven paper ballots at once, while voters in Sejong will get four, and those in Jeju Island will receive five.

Voters infected with COVID-19 or those in self-quarantine can vote on the second day of early voting, from 6:30 p.m. to 8 p.m on Saturday.

They will be required to present a special notification text from the government and a positive PCR or rapid antigen test result along with their identification card.

The voting process for infected patients or those in self-isolation will be identical to the procedure implemented during standard voting hours, and they will be permitted to enter the polling station after the general public has vacated the premises.

Voter turnout stood at eight-point-22 percent as of 4 p.m. Friday. It is one-point-13 percentage points higher than at the same time during the local elections four years ago.