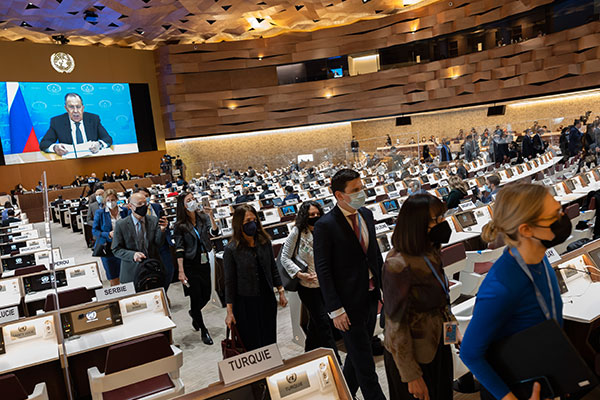 As North Korea is set to take over the presidency of the United Nations-linked Conference on Disarmament on Monday, non-governmental organizations are calling on the UN chief and member nations to boycott the conference during the four weeks of the North’s presidency.

UN Watch, a Geneva-based non-governmental organization which monitors the performance of the UN, made the call in a statement on Thursday, which was also signed by some 30 other NGOs.

The organization said the North Korean regime builds its own nuclear weapons and sells missile and atomic know-how to other rogue regimes in blatant violation of UN sanctions.

While noting that the role is largely a formality, UN Watch urged the U.S., Canada, Britain, France, Germany, and all other member and observer states to refuse to send ambassadors to any meeting of this UN forum that is being chaired by North Korea.

The presidency rotates among the conference's 65 member states in alphabetical order. North Korea, officially designated the Democratic People’s Republic of Korea, will preside over the conference this year along with five other countries – China, Columbia, Cuba, the Democratic Republic of the Congo and Ecuador –  for four weeks each.
Share
Print
List