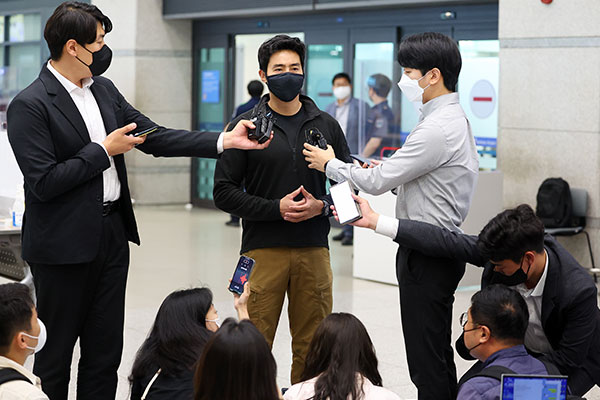 Rhee Keun, a former Navy special warfare officer turned YouTuber, has returned home after fighting for Ukraine as a member of an "international legion" of volunteers fighting against Russia's invasion of the country.

Rhee arrived at Incheon International Airport at around 7:30 a.m. on Friday after departing from Warsaw Chopin Airport on Thursday night.

Rhee’s return comes some three months after he departed from South Korea to join the International Legion of Defence of Ukraine.

He returned home for rehabilitation after getting injured, according to posts on social media by Damien Magrou, spokesperson for the Ukrainian international legion.

Police plan to question Rhee in relation to charges of violating the Passport Act after taking into consideration the progress of Rhee’s treatments and his state of health.

Rhee had posted on his social media earlier in March that he had departed to fight for Ukraine through an unofficial route despite his native country's travel ban to Ukraine.
Share
Print
List