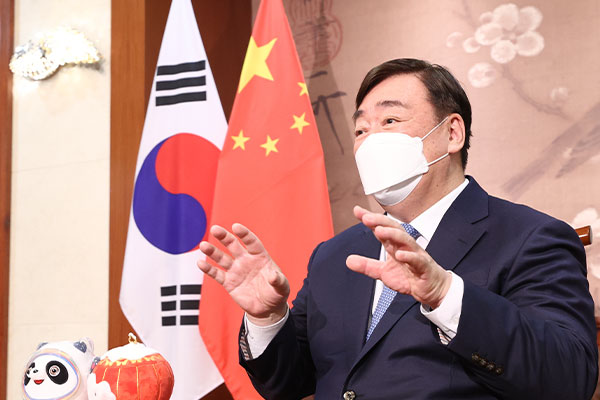 China’s top diplomat in South Korea urged Seoul to fulfill its promise of openness, transparency and inclusion while participating in a U.S.-led economic and trade cooperative body.

According to the Chinese Communist Party’s daily, the Global Times, Chinese Ambassador Xing Haiming made the call at a bilateral cooperation event in Seoul on Thursday.

Asked about Beijing reacting sensitively to Seoul’s participation in the Indo-Pacific Economic Framework(IPEF), Xing said Washington has a clear intention of forming a regional framework that excludes Beijing.

The ambassador said he hopes the two sides jointly maintain their production networks and that Seoul utilizes diverse platforms to share economic and trade opportunities with Beijing.
Share
Print
List