Top Nuclear Envoys from S. Korea, US, Japan to Meet Next Week 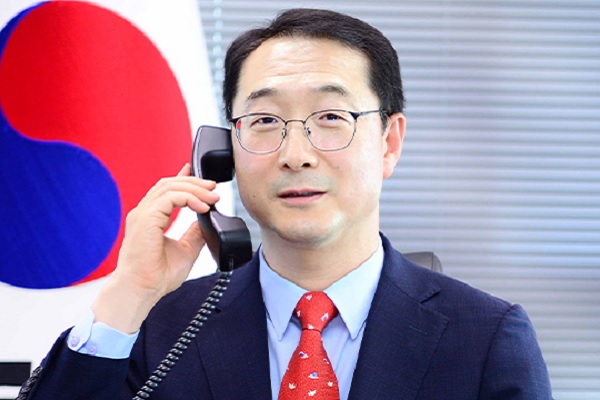 The top nuclear envoys from South Korea, the U.S. and Japan will meet in Seoul next week amid growing speculation that North Korea may soon conduct its seventh nuclear test.

The foreign ministry in Seoul said on Friday that Special Representative for Korean Peninsula Peace and Security Affairs Kim Gunn, who took office earlier this month, is set to hold bilateral and trilateral meetings next Friday.

His counterparts are U.S. Representative for North Korea Policy Sung Kim and Takehiro Funakoshi, the director-general of the Japanese foreign ministry’s Asian and Oceanian Affairs Bureau.

The ministry said the three envoys are expected to assess the peninsula’s security following the North’s series of missile provocations and discuss response measures.

The three chief negotiators had previously met in person for talks in Hawaii in February.
Share
Print
List