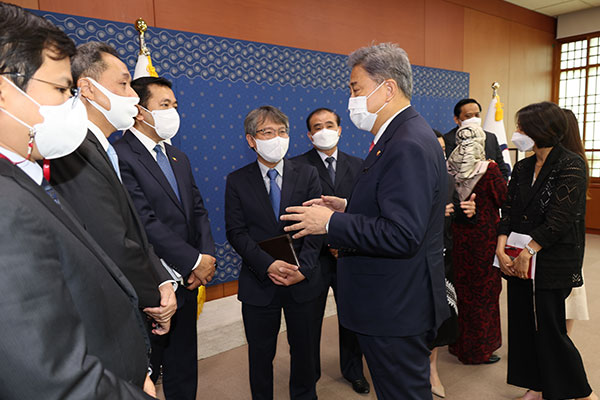 Foreign minister Park Jin said South Korea will seek to enhance cooperation with Central and South American countries through a customized network for coexistence and prosperity.

The minister made the pledge at an event on Friday in Seoul marking the 60th anniversary of the country’s diplomatic relations with the region.

Park said the year 1962, when the country established ties with 15 independent states from the region following the Korean War, is a special year marked in diplomatic history.

As the international community witnesses a wave of innovation across the continent, Park said Seoul hopes to enhance cooperation and share its experiences with development.

The minister sought the region’s support for South Korea’s hosting of the 2030 World Expo in the southeastern port city of Busan.
Share
Print
List