NEC Poll: 71% of Voters Plan to Vote in Local Elections 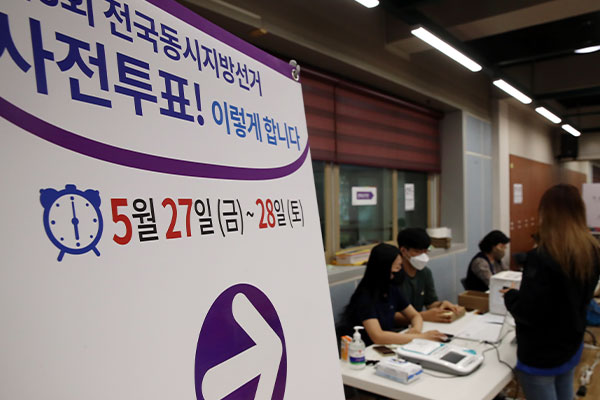 A recent polls finds that seven out of ten voters definitely plan to cast their ballots in the June local elections and parliamentary by-elections.

According to the poll by the National Election Commission (NEC) on Sunday and Monday, 71-point-five percent of the respondents said they will certainly vote in the local elections.

It marks a rise of one-point-seven percentage points from the NEC's previous survey conducted last Monday and Tuesday.

The poll, conducted by Gallup Korea on some 15-hundred adults, has a confidence level of 95 percent with a margin of error of plus or minus two-point-five percentage points.