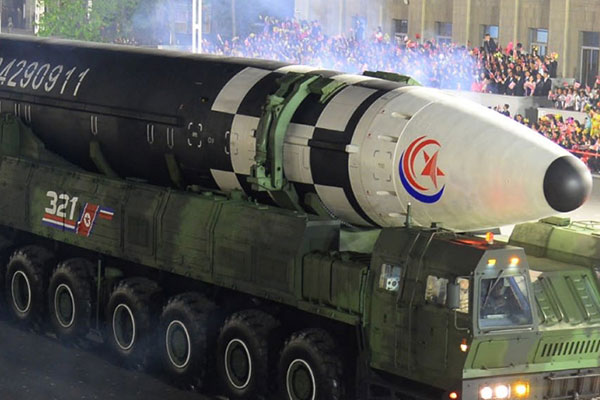 The individual belongs to an organization under the North's Second Academy of Natural Sciences and, according to the Treasury, has been involved in missile-related purchases while based in Minsk, Belarus.

The three entities include the Air Koryo Trading Corporation and two Russian banks, the Far Eastern Bank and Bank Sputnik.

Targets of the new sanctions are banned from traveling to the U.S. and their assets in America will be frozen. Other parties are also prohibited from conducting transactions with them.

The department said in a press release that so far this year, North Korea launched 23 ballistic missiles, including six ICBMs — all in violation of multiple UN Security Council resolutions.

Brian Nelson, under secretary of treasury for terrorism and financial intelligence, said the sanctions target supporters of the North's WMD and ballistic missile programs, as well as foreign institutions that have knowingly provided significant financial services to the North Korean government.

He said the U.S. remains committed to seeking dialogue and diplomacy with Pyongyang, but will continue to address threats posed by the regime.
Share
Print
List