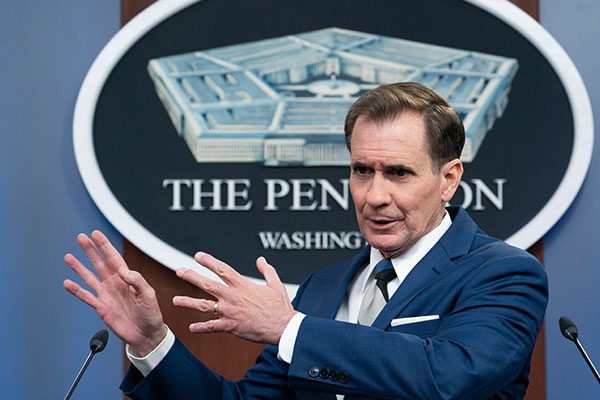 The U.S. Department of Defense said that response measures taken by the U.S. together with South Korea and Japan following North Korea's recent ballistic missile launches underscore a strong alliance.

In a Friday briefing, Pentagon spokesperson John Kirby talked about how the U.S. conducted joint military exercises separately with both countries in response to the latest missile tests.

He said the two exercises conducted with Seoul and Tokyo in response to the most recent launch were put together and executed very quickly, noting that doesn't happen by accident.

Kirby said it happens because of the good alliance management and prior knowledge and familiarity with one another's military capabilities and the constant training and operating the U.S. does with both its allies.

The spokesman said that each provocation by the North increases tensions on the Korean Peninsula and the U.S. believes each one is a learning experience for the regime, and that's concerning.

Kirby declined to provide details of the latest launch, saying the U.S. is still analyzing and continuing to consult with allies and partners.
Share
Print
List