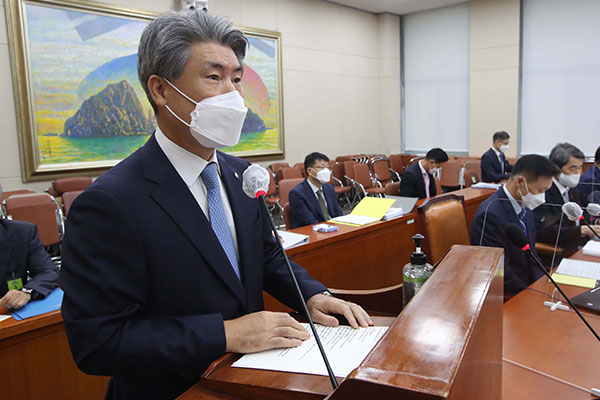 The chairman of the Industrial Bank of Korea, a potential nominee to head the Office for Government Policy Coordination, has turned down the offer.

Speaking to KBS on Saturday, Yoon Jong-won said he was burdened by the controversy that came forward in the vetting process and that it's best to end things at this stage.

Yoon said he made the decision on his own without consulting Prime Minister Han Duck-soo. Han holds the right to make the appointment as the policy coordination office assists the prime minister.

In a media interview, Han said he respects Yoon's decision and will try to find a new nominee.