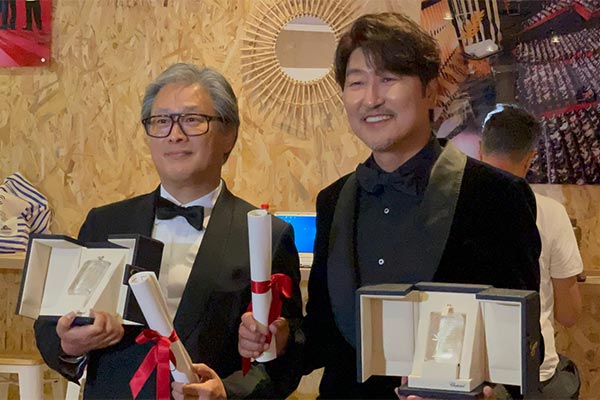 Park Chan-wook was named Best Director for his romance "Decision to Leave" at the awards ceremony held at Palais Lumiere in Cannes on Saturday.

It marks his third award by Cannes, after winning the Grand Prix for "Oldboy" in 2003 and the Jury Prize for "Thirst" in 2009.

Park also became the second South Korean director to win the best director prize at the festival, after Im Kwon-taek for "Chihwaseon" in 2002.

Song Kang-ho received the honor of Best Actor for his role of a baby broker in "Broker" at the 75th Cannes Film Festival.

With the honor, Song has become the first South Korean male actor to win an acting prize at the film festival.

Jeon Do-yeon was previously named Best Actress for her role in "Secret Sunshine" in 2007 at the international film festival.
Share
Print
List