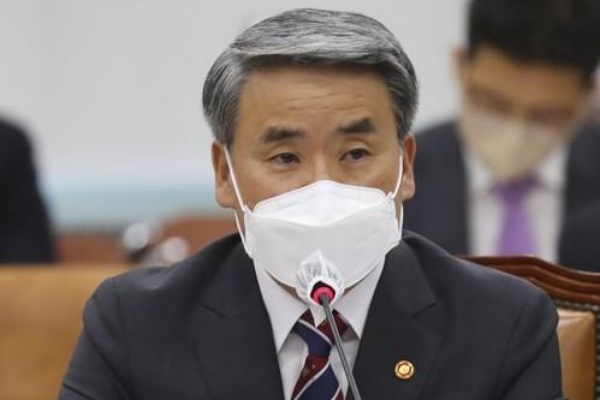 South Korea, the United States and Japan are reportedly arranging trilateral talks of their defense chiefs next month in Singapore on the sidelines of an annual security forum.

Quoting a Japanese government official, Japan's Kyodo News said on Sunday that the defense chiefs of the three nations plan to hold talks on the sidelines of the Shangri-La Dialogue in Singapore set for June 10 to 12.

The Japanese official reportedly said during the three-way meeting, the defense ministers plan to deepen their cooperation on North Korea's recent provocations, including ballistic missile launches.

Kyodo said the defense ministers of South Korea and the United States are likely to hold separate bilateral talks, but Seoul and Tokyo are unlikely to hold bilateral defense talks.