Rival Parties Canvass in Gyeonggi Ahead of Local Elections 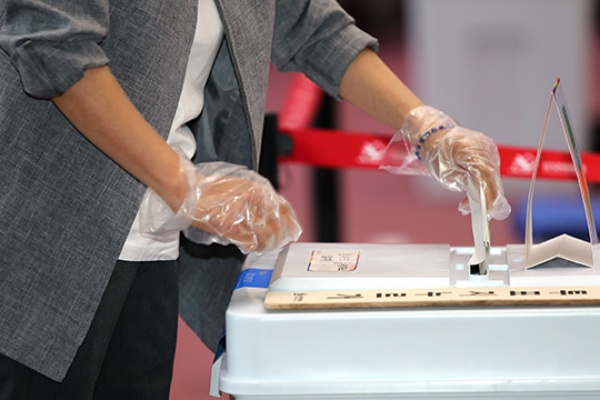 With three days left until the June 1 local elections, the leaderships of rival parties will campaign in Gyeonggi Province on Sunday, the biggest battlefield for the elections.

Rep. Yun Ho-jung, co-chair of the emergency steering committee of the main opposition Democratic Party (DP), will canvass in Yongin, Icheon and Guri on Sunday.

Park Ji-hyun, the DP's other co-chair, will assist the party's candidates in Seongnam City in Gyeonggi Province.

The ruling People Power Party (PPP) will hold a meeting of its election committee in Ansan on Sunday morning, while PPP Chair Lee Jun-seok plans to woo voter support in Gimpo, Paju, Uijeongbu and Yangju on Sunday.