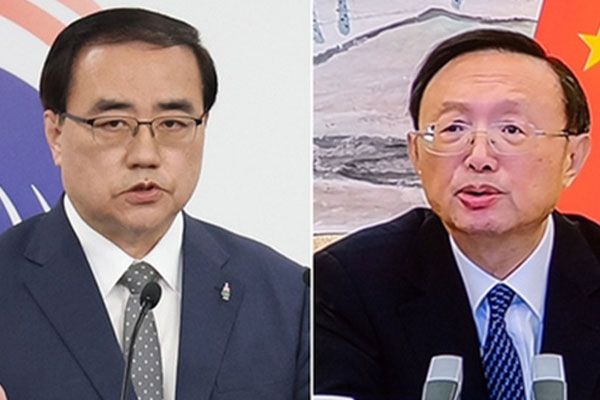 The national security chiefs of South Korea and China held phone talks on Thursday morning, their first during the Yoon Suk Yeol administration.

Kim asked Yang to play an active and constructive role in convincing North Korea to refrain from additional provocations and return to dialogue.

The two positively reviewed the meeting and agreed to expand the "substantive cooperation" between the two nations.

However, they reportedly had differing views on the deployment of the U.S. THAAD missile defense system and the U.S.-led Indo-Pacific Economic Framework.
Share
Print
List