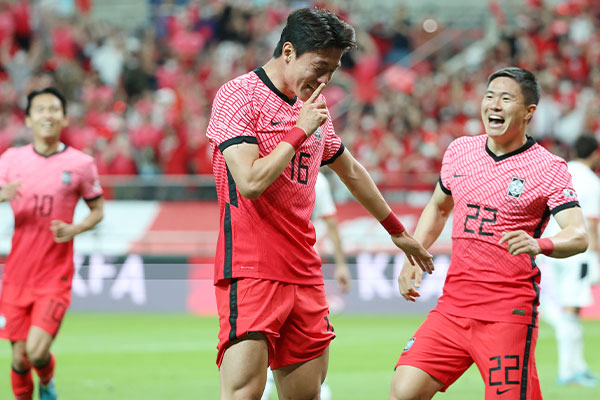 The team, led by coach Paulo Bento, led the visitors after headers from Hwang Ui-jo and Kim Young-gwon in the first half of the match that kicked off at 8 p.m. at Seoul World Cup Stadium.

Egypt responded with a goal by Mostafa Mohamed shortly before the close of the first half, but Team Korea sealed the victory with two late goals from Cho Gue-sung and Kwon Chang-hoon.

It was the last of the four warm-up matches South Korea had this month before the Qatar World Cup slated for November and December. The team suffered a 5-1 loss to Brazil on June 2 but defeated Chile 2-0 on June 6 and drew with Paraguay 2-2 last Friday.