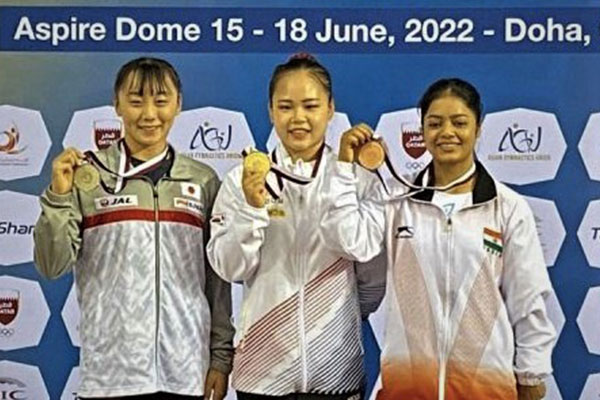 In the women's vault finals on Friday, the 20-year-old finished first with an average score of 14-point-084, ahead of Japan's Shoko Miyata.

Yeo was the top scorer in the preliminaries and went on to clinch her first gold in the Senior Asian Championships. The gold is her second medal in Doha after winning silver in a team event.

In the women's uneven bars final, Lee Yun-seo finished third to win bronze, her third medal in the championships.