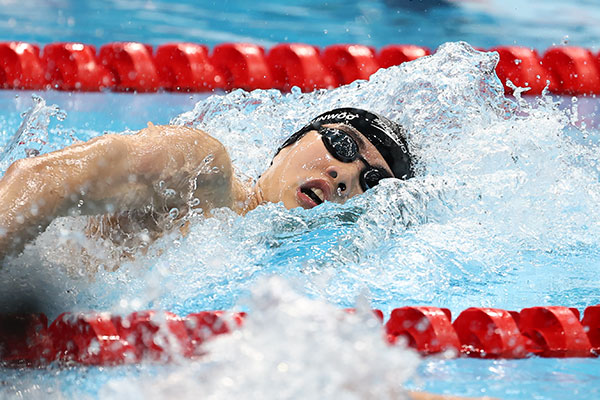 Teen swimmer Hwang Sun-woo won the silver medal in the men's 200 meter freestyle at the world championships, becoming the second South Korean to win a medal in the event.

The 18-year-old swimmer finished second with a time of one minute 44-point-47 seconds in the final of the men's 200 meter freestyle at the FINA World Championships in Budapest, Hungary on Monday.

Hwang set a fresh South Korean record less than one year after breaking the Korean record in a qualifier for the 2020 Tokyo Olympics.

Hwang's silver marks the best performance for a South Korean athlete in the men's 200-meter freestyle. The previous best performance was Park's bronze in the 2007 world championships in Melbourne.
Share
Print
List