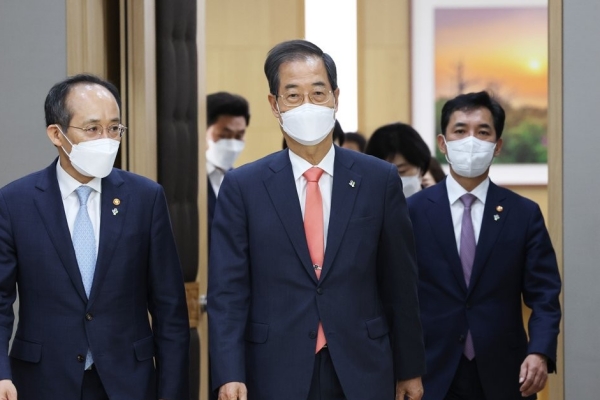 South Korea conducted a bidding campaign to host the 2030 World Expo in the southern port city of Busan during the general meeting of the expo’s governing body held in Paris this week.

According to the bidding committee of the Busan World Expo 2030 on Wednesday, the committee, the Ministry of Trade, Industry and Energy and the Busan Metropolitan Government held a joint comprehensive promotional campaign in the French capital during the Bureau International des Expositions(BIE) general assembly on Monday and Tuesday.

Prime Minister Han Duck-soo directly appealed to the representatives of around 170 BIE members in the second competition presentation session, which was the first in-person presentation regarding the 2030 expo. The first presentation was held virtually last December due to the COVID-19 pandemic.

The winner of the 2030 event will be chosen in a general vote by BIE member states late next year based on five rounds of presentations, written plans and on-site inspections. Busan is currently competing with Riyadh, Saudi Arabia and Rome, Italy.
Share
Print
List