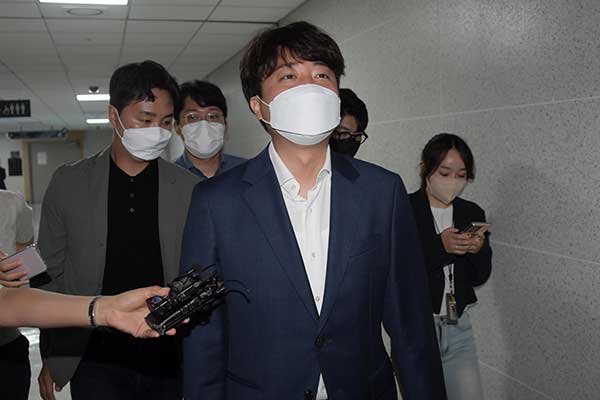 The ruling People Power Party plans to review possible disciplinary action against its chair, Lee Jun-seok, on Wednesday over the allegation that the 37-year-old chief received sexual services.

The ethics committee of the party is scheduled to convene a meeting at 7 p.m. and deliberate on whether Lee violated his duty to maintain the standards required of party leaders.

During the meeting, the committee will review documents submitted by Lee to explain the matter and verify facts through a question and answer session with Lee’s political affairs chief, Kim Cheol-geun. Lee, however, was not asked to attend the session.

A conservative YouTube channel has alleged that a businessperson provided Lee with sexual services in 2013 and he sought to destroy related evidence through his political affairs chief by arranging an investment pledge of 700 million won in the person’s firm. The YouTube channel claimed Lee had sought to use his clout as an aide to then-President Park Geun-hye.

Any decision to discipline Lee is expected to deal a serious blow to his political career. Some speculate that the conservative party may withhold a decision on the matter considering its negative impact on the party as a whole while it waits for police investigation results.
Share
Print
List