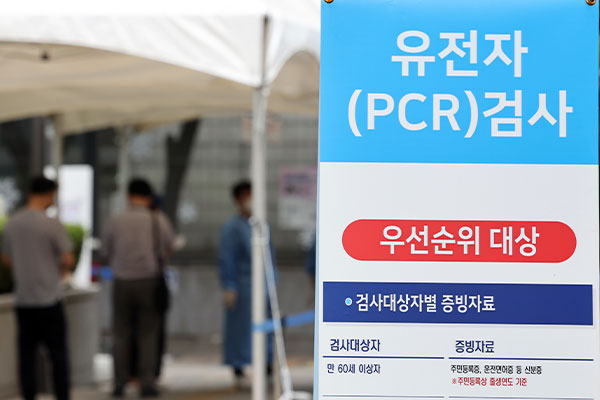 The nation’s daily COVID-19 tally has remained below ten-thousand for the 13th consecutive day amid the continued dissipation of the omicron wave.

The Korea Disease Control and Prevention Agency said on Wednesday that eight-thousand-992 infections were reported throughout the previous day, including 106 from overseas, bringing the total caseload to 18 million-298-thousand-341.

The daily figure is 318 fewer than Tuesday’s, 436 fewer than a week ago and four-thousand-363 fewer than two weeks ago. According to the National Institute for Mathematical Sciences, some researchers predict that daily cases will dip below four-thousand next Wednesday.

Imported cases, however, rose by 30 from the previous day amid concerns that eased quarantine and entry restrictions and an increase in international flights are triggering a spike in transmissions from overseas.

The number of virus-induced deaths stood at eleven, down by one from a day ago, raising the death toll to 24-thousand-474. The overall fatality rate has long remained unchanged at zero-point-13 percent.

The number of seriously or critically ill patients receiving care at medical facilities dropped by four to 64, remaining below 70 for the second consecutive day.
Share
Print
List