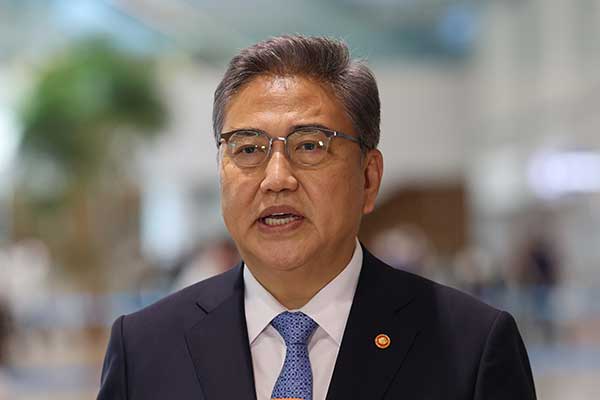 Foreign minister Park Jin says he believes the leaders of South Korea and Japan will have the opportunity to hold meaningful talks at next week's NATO summit in Madrid, Spain.

Park made the remark on Tuesday during an appearance on a TV program after saying nothing has been decided on the possibility of a South Korea-Japan summit taking place in Madrid.

President Yoon Seok Yul and Japanese Prime Minister Fumio Kishida are scheduled to attend the NATO summit, which will run from Wednesday to Thursday of next week.

The minister said it is crucial to produce a solution to the pending issue through diplomatic consultations before the assets are sold off.
Share
Print
List