Gimpo-Haneda Route to Reopen Next Wed. after Over 2 Years 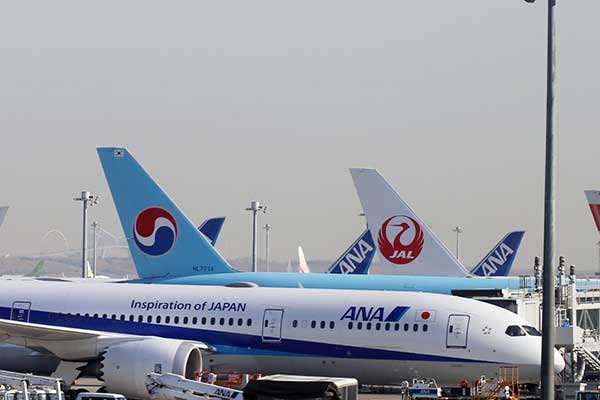 South Korea and Japan will resume flights between Seoul's Gimpo and Tokyo's Haneda airports next week after a little over two years.

The ministries of land, foreign affairs and culture announced on Wednesday that they agreed with related Japanese agencies to operate the flights eight times a week, starting next Wednesday.

Flights on the Gimpo-Haneda route were suspended in March 2020 due to the COVID-19 pandemic.

Seoul and Tokyo plan to expand the number of flights on the route from July in consideration of the increase in demand and the airlines’ preparations.

The Gimpo-Haneda route, which began operations in 2003, is regarded as a symbolic route for bilateral exchanges between South Korea and Japan. Before the pandemic, some two million passengers used the route each year.
Share
Print
List