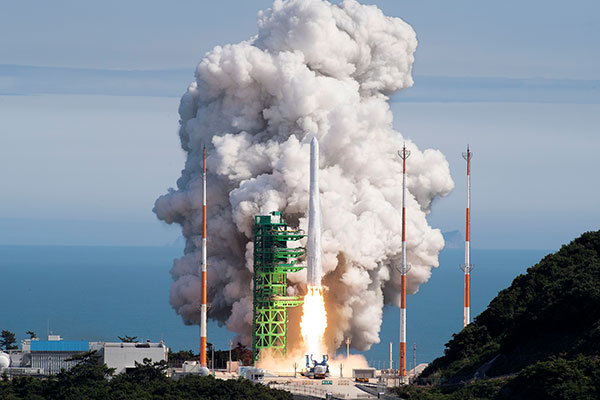 A South Korean satellite deployed by the 200-ton Nuri space rocket, also known as the Korea Space Launch Vehicle Two, has successfully made its first two-way communication with its control center.

According to the science ministry and the Korea Aerospace Research Institute(KARI), the performance verification satellite and the KARI station in the central city of Daejeon made contact at around 3:01 a.m. on Wednesday.

KARI analyzed data received from the satellite through remote command, confirming that it is working properly. The two were able to sync up and activate the satellite's GPS transmitter.

South Korea's King Sejong Station in Antarctica made initial contact with the satellite following the successful launch of the Nuri rocket on Tuesday.

KARI plans to further monitor the satellite and stabilize its position for the next seven weeks before successively releasing four mini cube satellites or CubeSats starting next Wednesday.