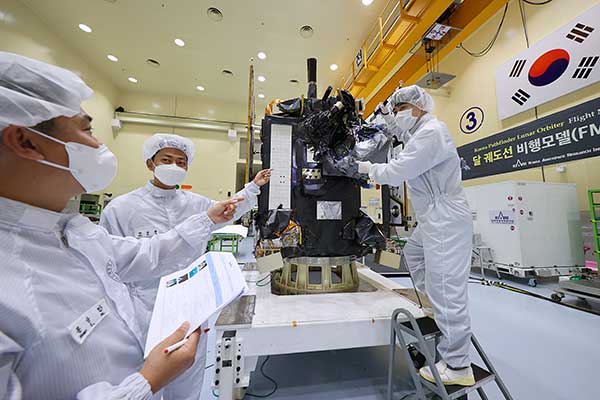 The successful launch of the homegrown space rocket, Nuri, is expected to spur momentum for follow-up space projects including the further advancement of Nuri and the development of a next-generation launch vehicle.

According to the science ministry and the Korea Aerospace Research Institute, Nuri will undergo continual advancement over the course of four more launches scheduled until 2027, through which various working satellites will be sent to space, with a price tag of over 687 billion won.

The institute has already begun production of a third Nuri rocket slated for launch in the first half of next year.

The government will also transfer related technology to the private sector and foster a “comprehensive enterprise system” in the field of space launch vehicles in a bid to keep pace with the global "new space" era led by private firms.

The government intends to expedite efforts to develop a next-generation launch vehicle that can travel beyond Earth's orbit to reach the moon and even Mars.

This nine-year project, currently undergoing a feasibility study, is envisioned to start in 2023 with a budget of one-point-nine trillion won. The goal is to land a lunar module by 2031.

South Korea is also set to launch a lunar orbiter this August from the U.S. state of Florida, carried aboard a rocket made by the U.S. firm SpaceX.
Share
Print
List