Yoon to Attend NATO Summit in Madrid Next Week 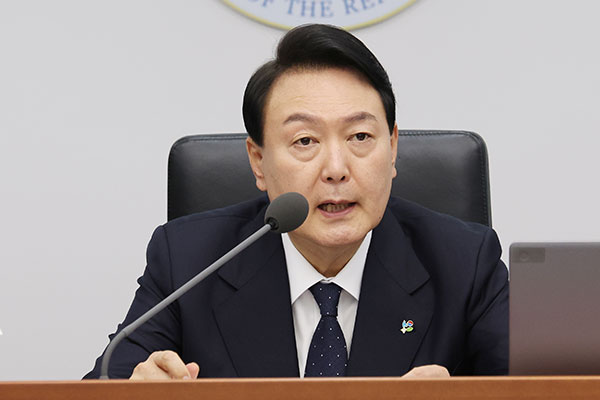 President Yoon Suk Yeol is set to attend the North Atlantic Treaty Organization(NATO) Summit next week in Madrid, Spain, in what is the first time a South Korean president has been invited to the multilateral security forum.

According to National Security Adviser Kim Sung-han on Wednesday, the leaders of NATO's four Asia-Pacific partners – South Korea, Japan, Australia and New Zealand – have been invited to the two-day conference opening on June 29.

Yoon's chief security adviser said the president plans to explain his administration's position regarding the North Korean nuclear issue and seek NATO's support as a means of bolstering solidarity based on shared values.

Yoon will seek to establish a comprehensive security network with NATO partners in the midst of the unpredictability surrounding the global order, such as the ongoing Ukraine crisis. He is also expected to announce Seoul's additional humanitarian aid to the war-torn country.

In a bid to support efforts to expand cooperation with NATO in addressing new security issues such as cyber security, Seoul plans to establish a diplomatic mission in Brussels, where the NATO headquarters is located.

Yoon also plans to hold bilateral summits with the leaders of around ten countries to discuss economic sectors of mutual interest, including nuclear power plants, semiconductors, renewable energy and the defense industry.

While Yoon is expected to attend a quadrilateral meeting with the leaders from Japan, Australia and New Zealand, a separate summit with Japanese Prime Minister Fumio Kishida remains uncertain.

The security chief hinted at the possibility of Yoon's wife, Kim Keon-hee, accompanying him on the trip, saying that Kim's participation in an official program for spouses is being reviewed.
Share
Print
List