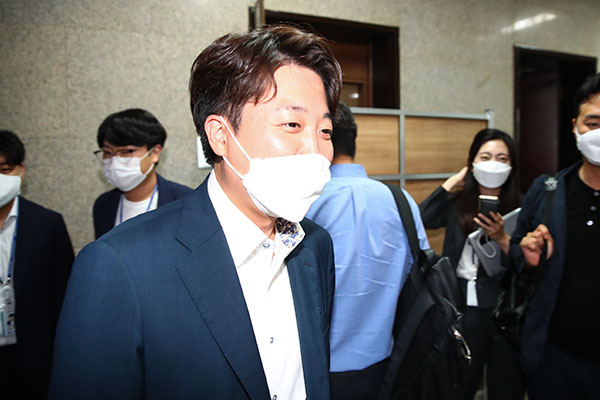 The ethics committee of the ruling People Power Party(PPP) has decided to postpone its decision on possible disciplinary action against its chair, Lee Jun-seok, over the allegation that he tried to destroy evidence related to a sexual bribery case.

The committee chief Lee Yang-hee announced the decision after a marathon meeting that lasted for five hours on Wednesday at the National Assembly.

Lee told reporters that the committee unanimously decided to review the case and determine whether to seek disciplinary action on July 7 after listening to the PPP chair's explanation of the alleged offenses.

The ethics committee chief added that the committee has asked the PPP chair to appear for the planned session. The PPP chief was not asked to appear for Wednesday's session.

Meanwhile, the committee decided to initiate the process of disciplinary action against Kim Cheol-geun, Lee's political affairs chief, in relation to the alleged destruction of evidence.

Lee has been facing allegations that he received sexual services paid for by a businessperson in 2013 and he sought to destroy related evidence through Kim by arranging an investment pledge of 700 million won in the person’s firm.
Share
Print
List