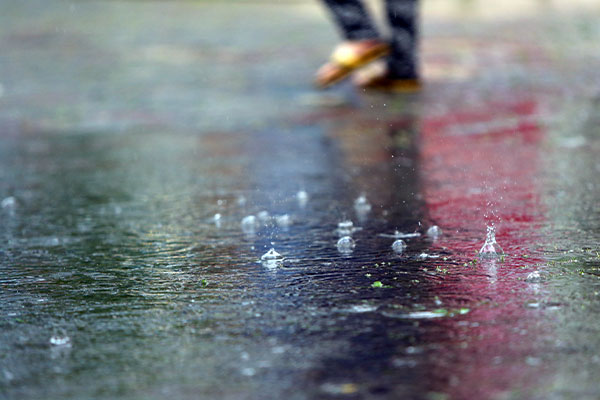 Heavy rains are forecast nationwide on Thursday and Friday as a seasonal rain front is growing stronger while heading north.

The Korea Meteorological Administration(KMA) said the rainy season is projected to start in western regions on Thursday morning, with most parts of the nation likely to see rainfall in the afternoon.

As much as 150 millimeters or more of heavy rains are forecast for Jeju Island and South Jeolla Province until Friday, while the capital region, the western part of Gangwon Province, South Chungcheong and North Jeolla Provinces are expected to receive up to 120 millimeters.

The weather agency warned that torrential rains of 30 to 50 millimeters per hour are expected to hit the capital region and western part of Gangwon Province from Thursday afternoon, while Chungcheong Province, southern areas and Jeju should see the same between Thursday night and Friday morning.

The monsoon rains are predicted to let up in most parts of the nation on Friday afternoon, but parts of South Jeolla and Jeju Island are expected to see rain through Saturday morning.
Share
Print
List