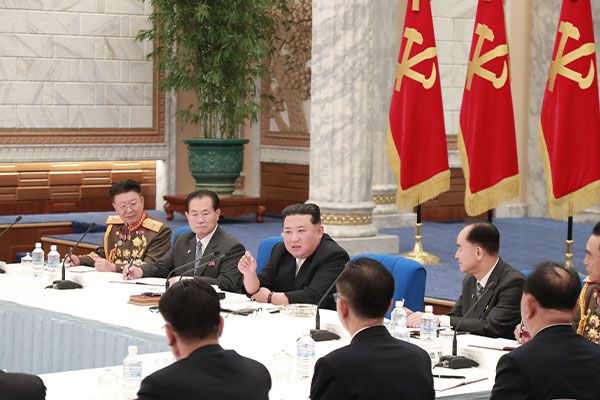 According to the North's official Korean Central News Agency(KCNA) on Thursday, the North discussed those issues on Tuesday and Wednesday in a rare military meeting presided over by Kim Jong-un.

During the meeting of the Central Military Commission of the ruling Workers' Party, Kim and top military officers reportedly discussed "the work of additionally confirming the operation duties of the frontline units of the Korean People’s Army and modifying the operation plans."

The report said that issues related to the reorganization of key military formations were also discussed in the meeting.

Although the KCNA did not provide further details of the newly added duties and revisions to the operation plans, the North is presumed to be assigning the tasks of operating its new tactical guided weapon with a nuclear warhead and short-range missiles to the frontline units.
Share
Print
List